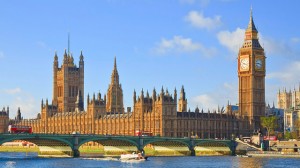 ndon is a cosmopolitan city and a major international center for commerce and politics that unites the East with the West. Its global flavor is reflected by the over 8 million inhabitants, almost half of whom are ethnic minorities.

Central London, which includes the West End and Westminster, has many attractions: great theatres, restaurants and museums are all within walking distance of each other. The West End of London is world famous for its luxurious and expensive boroughs, like Kensington, Belgravia and Chelsea – a mixture of Georgian and Victorian architecture, fine stucco fronted buildings and red brick mansion blocks. Yet even these stately buildings are being modified to reflect a sensibility for a more contemporary aesthetic.

As prices have risen to record highs in London many buyers are looking to the outer areas for example Fulham, Battersea and Clapham for their purchases.

London is one of the top tourist destinations in the world. Some of the must see attractions are Buckingham Palace, Westminster Abbey, The Tower of London, Harrod’s, The London Eye, and Big Ben. Or if you are feeling spontaneous, you could take the chunnel to Paris and be back in time for high tea at Claridge’s.